There were two main challanges: low shot recognition and identifying the face of the owner of a given page. Low shot recognitoin was difficult because normally CNNs require vast amounts of data to train, most people only have a handfull of pictures on their instagram pages. I overcame this by using a feature detection netowrk, a model that has been pre-trained on millions of faces and identifies the relevant features in distinguishing a given face. When a face is fed into the network, the resulting features are compared with others to find the most similar match. The second major challenge was identifying the owner of a given page. People post photos of others, group photos, and memes. To determine which faces belonged to the owner of the page, I used a clustering algorithm to find which faces in someone’s profile appeared the most frequently. Then these vectors of people’s facial features were added to a database I used to later identify them from the wild.

Here’s an example of the first step of the InstaNet pipeline, face parsing: 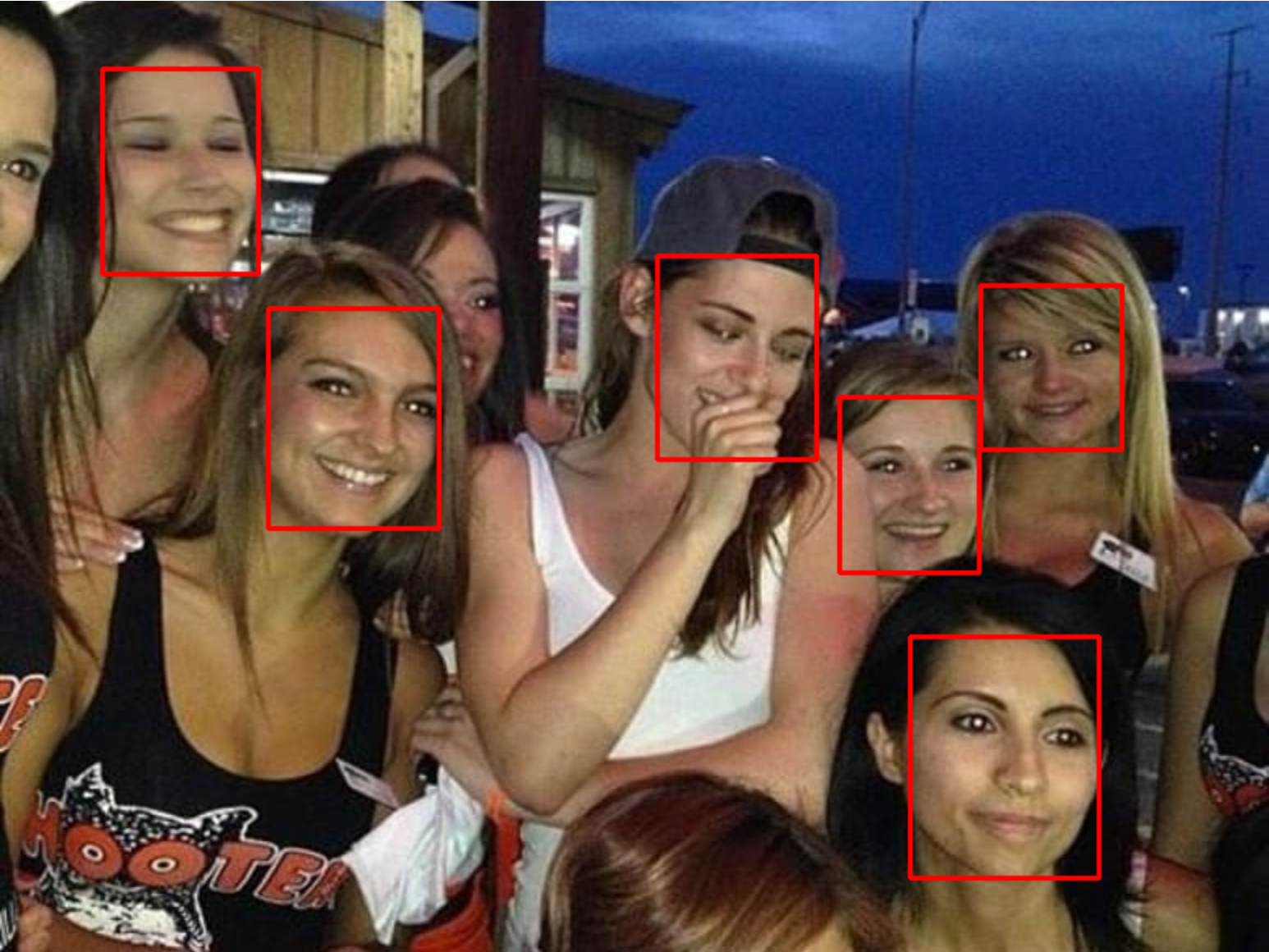